Tirupur also known as India’s “Banian City” is located in the South Indian State of Tamil Nadu. The place is surrounded by famous districts like the Coimbatore – The Manchester of India and Erode. Located near the banks of Noyyal River, Tirupur is the district headquarters of Tirupur District. 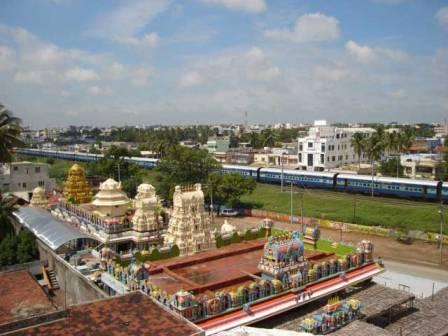 The district is home to cultural and traditional artifacts. Moreover, it has a history that dates back by several hundred years. It is quite interesting to note that the city has more than 2000 recognized textile mills and small industries. With a vibrant economy, the city is extremely famous for a wide range of garments from T-shirts to pyjamas, from gowns to night dresses. 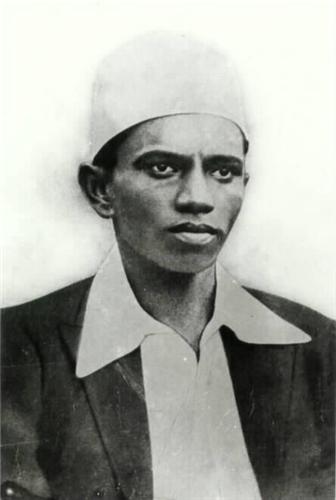 The district which is also mentioned in the Mahabharata was a part of ancient Chera Empire. It was an indispensable division of the Kongu Nadu. Slowly, the region was captured by British during the Polygar War in 1805. As the country gained independence, Tirupur was set aside as a Municipality in 1947. In 2008 the Municipality was upgraded into a corporation. The Corporation covers over an area of 27.19 sq.km and is divided into 60 different wards. Even today, as you walk through the banks of Noyyal River, you would find Chola Stone carvings that focus on the Kanchi Maanadhi and about the land’s fertile nature. Read more on the history of Tirupur


Geography and Climate of Tirupur

Tirupur lies towards the western regions of Tamil Nadu. It belongs to the Western Ghats and it enjoys an amazing climate throughout the year. Surrounded by the Coimbatore District to its West, Erode District to its North, Dindigul District to it South and Karur District to its East, Tirupur is a place of lucrative luxury. The Southern and Western Ghats rewards Tirupur with lots of rainfall, during the monsoon season. Moreover, the city reaches a maximum temperature of 35 degrees Celsius during summer. The Amaravati River is a main source of irrigation in the city. Two other dams in Tirupur would be the Thirumurthy Dam and Uppaar Dam. Uppar Dam receives water from Tirupur’s seasonal rains.  Read more on the geography of Tirupur


Culture and people in Tirupur

The temples of Tirupur have a history that dates back to early Pandyas and Cholas. Some of these temples are maintained by the region’s archeology department. The architecture in these temples are of impeccable beauty and out-matched structure. Tirupur’s Sukreeswarar Temple was built during the 10th century. Even today, it is visited by several thousand pilgrims every day.

Another important temple in Tirupur is Kurakuthali Nayanar, which is of architectural significance. The main deity of this temple is made of neatly carved stones. Few other temples in Tirupur are Sivanmalai,Valparai Balaji temple, Thirumurugan poondi, Konganagiri hill hock temple,  Sukreeswarar temple, Avinashiappar temple, Koolipalayam, Tiruppur Tirupathi temple and Arulmigu Vazhai Thottathu Ayyankovil. Read more on the Culture of Tirupur.

Temples of Tirupur are the major tourist attractions of the place. These temples are noted for their architectural excellence. Some of the important temples which one should not miss on a trip to Tirupur include Arulmiga Subramaniya Swamy Temple, Avinashi Temple, Murugan Desvathanam Temple and Kadu Anumantharaya Swamy Temple, Churches like Ellis Memorial Church and Carmel AG church are also worth a visit. If you travel to Tirupur by rail, the first major tourist attraction that will greet you is the Tiruppur Kumaran Memorial Statue built in honor of the Indian revolutionary.

An important festival in Tirupur is the Avinashi Car Temple Festival during the Cithrai Masam. The Temple Car is pulled through the streets of Avinashi.  Apart from the Avinashi Car Temple Festival, Tirupur enjoys Aydha Puja, Deepavali, Navaratri, Eid-Ul-Fitr and Christmas. Another important event that draws several tourists in Tirupur is Knit Fair. The Knit Fair is conducted every year, on behalf of Tirupur's Textile Industry. 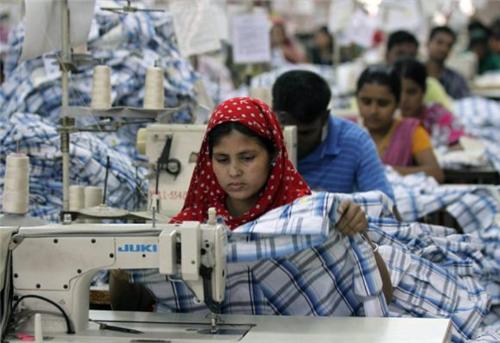 The garment industry of Tirupur has a turnover of more than Rs 5,000 crore and provides employment to almost one million people. Its proximity to NH 47, has prompted buyers from all over the country and abroad to indulge in direct trading with the small-scale units of Tirupur. Such is the reach of Tirupur textile industry that it supplied garments to the last FIFA World Cup. Known as the knitting city, Tirupur knitwear is famous all over the world, and national and international retailers get their products from Tirupur. Click here to know more on textile in Tirupur