Festivals and Fairs in Tirupur

Tirupur located in South India is predominantly populated by Hindus, Muslims and Christians. The place is extremely famous for its religious values and cultural festivals. History states that Tirupur has many religious spots, with festivals throughout the year. Apart from conventional celebrations like Diwali, Navarathri, Christmas and Eid-Ul-Fitr, Temple festivals are also celebrated in Tirupur like Avinashi's Temple Car Festival, Arubathi Moovar Ula and Chithirai Brahmmostsavam. 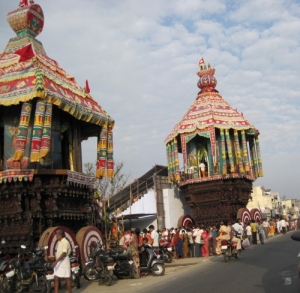 The Avinashi Temple Car Festival is one of the city's most exciting and "awaited" events. The festival is held and managed by the Tirupur Avinashi Temple. The temple has a history that dates back by several decades. The Temple has a huge car, which is made of wooden carvings. Moreover, several thousand people flock into the city, to get a view of the car's exotic and rare carvings. The original Avinashi Temple Car was destroyed by a Fire accident in 1990. Later on, the car was rebuilt. Today, Avinashi Temple has its annual Temple Car Festival during the months of April and May. This is known as the month of Chittirai in Tamil. The original festival used to last for 10 long days, however, now the feast is celebrated for two short days. The Temple Cars are made of two huge iron wheel, which would be pulled by people on a journey through Avinashi, Tirupur. The Traffic during these days would be exceptionally high.

This is another famous festival in Tirupur. Apart from the Avinashi Temple Car festival, the Arubathi Moovar Ula is treated as a divine occasion. The festival is celebrated with lots of pomp and the feast revolves around 63 ardent devotees, who lived and praised Lord Shiva. The festival falls in line with what is stated in Periyapuranam. 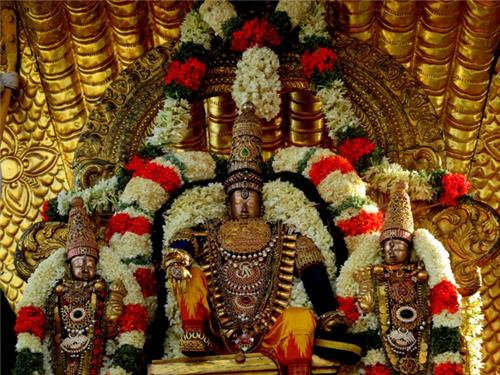 Chithirai Brahmmotsavam is celebrated in a grand manner in April-May with the hoisting of the flag on Mrigaseersham day and car festival on Pooram day. The fifth day is the most important day with Lord Shiva granting His darshan to 63 Nayanmars from His Vrushab –bull – vahan.

Patrons of the city begin their year with Pongal. The well celebrated festival is also known as the Harvest Festival. It is celebrated on the 14th and 15th of January. The first day is devoted to the Sun God and Nature. While the second day is known as "Mattu Pongal", which focuses on household cattle and domestic animals. The special function is celebrated with a sweet called "Pongal", that is made of jaggery, milk and rice.


Ayuda Pujai and Navaratri in Tirupur

Ayuda Pujai plays a very important role in the Navaratri Festival. It is also known as Astra Puja since it revolves around the worship of implements. The festival falls during the month of September or October. This is when weapons, tools, books and other utensils that lead to wealth are worshipped. Most people, keep golus during the Navaratri Perio. Conversely, Saraswati puja is performed when special prayers are offered to goddess Saraswati when books and musical instruments are also worshipped. The tools are placed for the Ayudh puja. 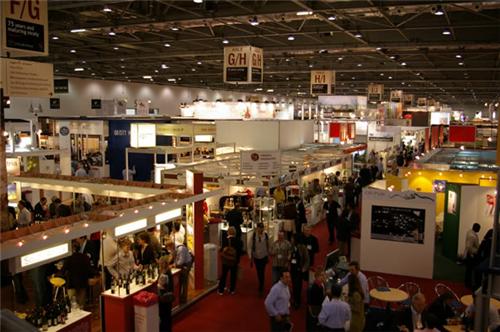 The Tirupur Knit Fair in Tirupur, is the country's largest exposition of knitted garments.The fair was incepted during late 1960s. Since its inception, the fair has being hosted in Tirupur. The Tirupur Knit Fair has emerged as one of the most reputed International Trade Fairs. The Knit fair invites world famous designers, international buyers, world class manufacturers, and celebrities from around the world. The event is a unique get together that helps  businessmen meet like-minded people.

Explore more about Culture of Tiruppur