Tirupur is located towards the southern Part of the Indian Peninsula. It is bound by Erode and Karur districts. The well connected city has Amaravathi and Noyyal flowing through it! Additionally, the famous Cauvery flows towards Tirupur's East. Small rivers that flow through Tirupur are Palar and Nallar, which flows through Tirupur's West.

Noyyal alias Noyyil is a long river that runs towards the Bolampatty Valler. The river flows towards the southern regions of Bolampatty Valley. The Valley is located near the Veiliangiri Hills and is also known as Swami. The river is also known as the "Kanchi Mahanadi", near Coimbatore. For a very short distance the Noyyal flows into the boundaries of Avanshi Taluks and Coimbatore. After flowing past Tiruppur, Noyyal reaches the Nallar stream on the left. However, the river does not enjoy the south-west monsoon very frequently. 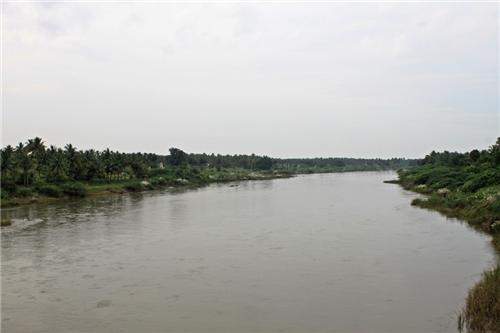 Another interesting river in Tirupur is Amaravathi. The enthralling river flows and rises between the Anaimalai hills and Palani. Chinnar river originate from Anamalai hills joins with another river called Tenar of Palani hills, and form as Amaravathi river. It descends in the northern direction and flows into the plains near Kallapuram at the mouth of the Anjanad Valley in Udumalpet Taluk. The Water from Amaravathi River – P.A.P is the main source of water for irrigation in the areas of Tiruppur District and it is maintained by P.W.D.

The Nallar River runs through a very small distance from the Palar river. The river reaches the Anamali Reserve Forest in the Western Ghats. It is an amazing river that supplies water to many tanks in Tirupur like the Nanjarayan Tank, also known as Koolipalayam Reservoir” or “Sarkar Periyapalayam Reservoir which is a 440 acre reservoir in the outskirts of Tirupur town. This tank is home for several migratory birds for many years. A major water source of the Nanjarayan Tank is the Nallar River.

The Chinnar River in Tirupur flows through the Southern edges of the Indira Ghandi Wildlife Sanctuary. The river is well connected with Tirupur’s major highways like SH17. The comfortable river marks a border between Kerala and Tamil Nadu.


Explore more about Geography in Tiruppur